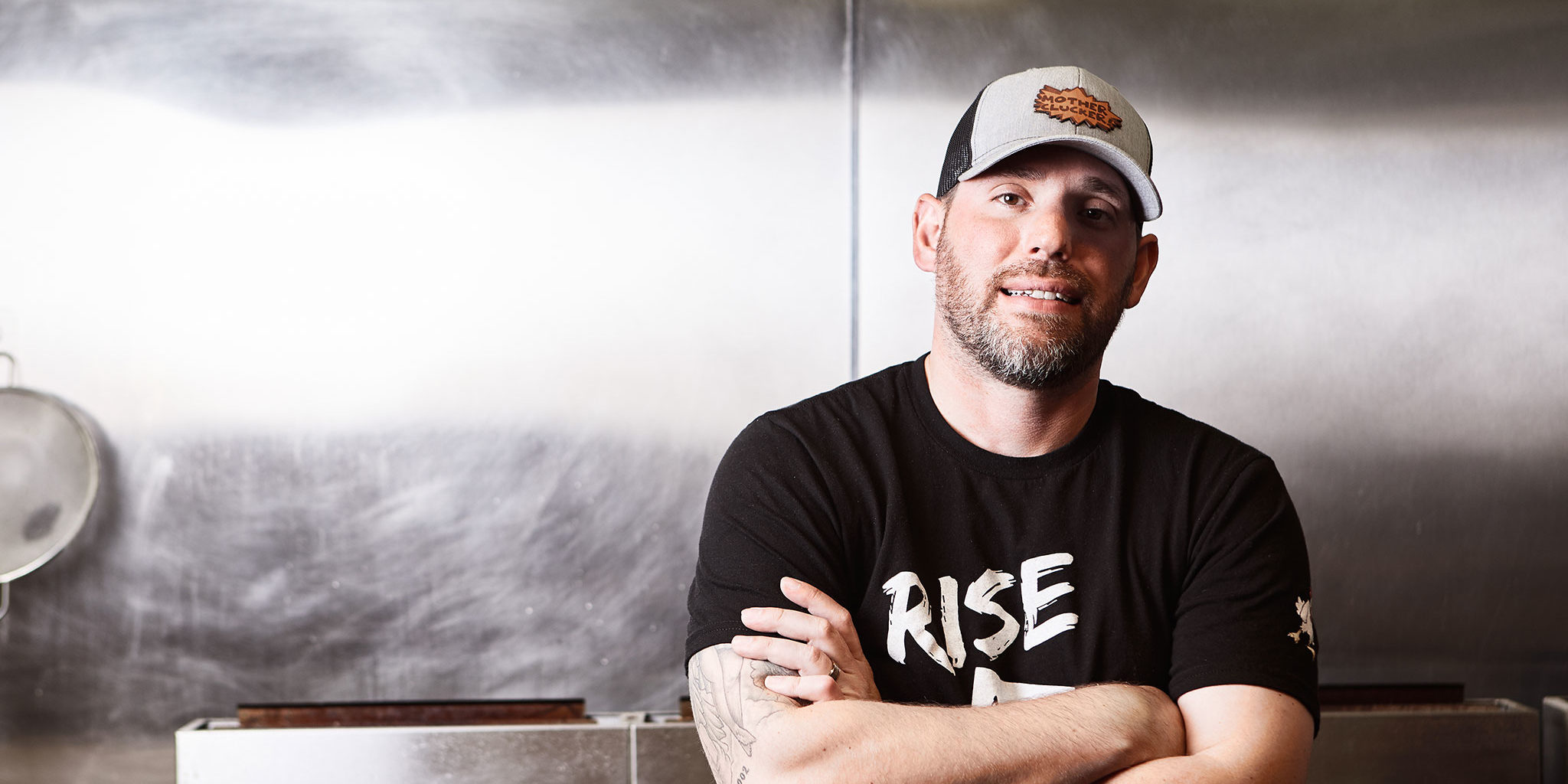 Derrick Foster’s Nashville hot chicken has been a lifetime in the making.

The chef, who runs Parlor’s Mother Clucker with his wife, Kylie, has been going to Nashville since childhood, and he’s never stopped thinking about the town’s spicy fried chicken.

“I loved it from the get-go,” he said. “I went to culinary school and worked in all high-end restaurants and, at the end of the day, I still fiended for Nashville hot chicken.”

While working at restaurants in Los Angeles. Foster perfected his Nashville hot chicken by making it for friends and family.

He puts in extra work to make his Nashville hot chicken among the best in Kansas City. He starts with an excellent fried chicken recipe, which stays juicy and crispy even after a dunk in hot spiced oil and a heavy coating of spice.

At Mother Clucker, his perfected recipe is the base for the comeback sandwich, the restaurant’s signature item, along with the boneless breast tenders and the oversized wings. Each piece is fried then dipped in hot oil flavored with ghost pepper, paprika and cayenne, among other spices.

“It has to hold up when you give it that love bath,” Foster said.

After the dip in oil, the chicken gets coated in one of the restaurant’s signature spice blends, made from a secret recipe, that start mild (weak sauce) and level up to the hottest of the hot (what the cluck.)

Foster said Parlor’s customers, most familiar with Kansas City barbecue, don’t shy away from spice: kickin it up, closer to the middle of the restaurant’s heat scale, is what most customers order.

Mother Clucker’s Instagrammable milkshakes, which come piled high with sweets like doughnuts, cookies, candy, lollipops and chocolate, aren’t just for social media. The Fosters developed the fun desserts for a reason: milkshakes cool down a diner’s mouth after a meal of Nashville hot chicken.

“They were part of our original plan,” Foster said. His wife, a pastry chef, develops the flavors, like chocolate mint and apple pie. “If we were going to do Nashville Hot chicken, we had to offer a cool down session, too.”