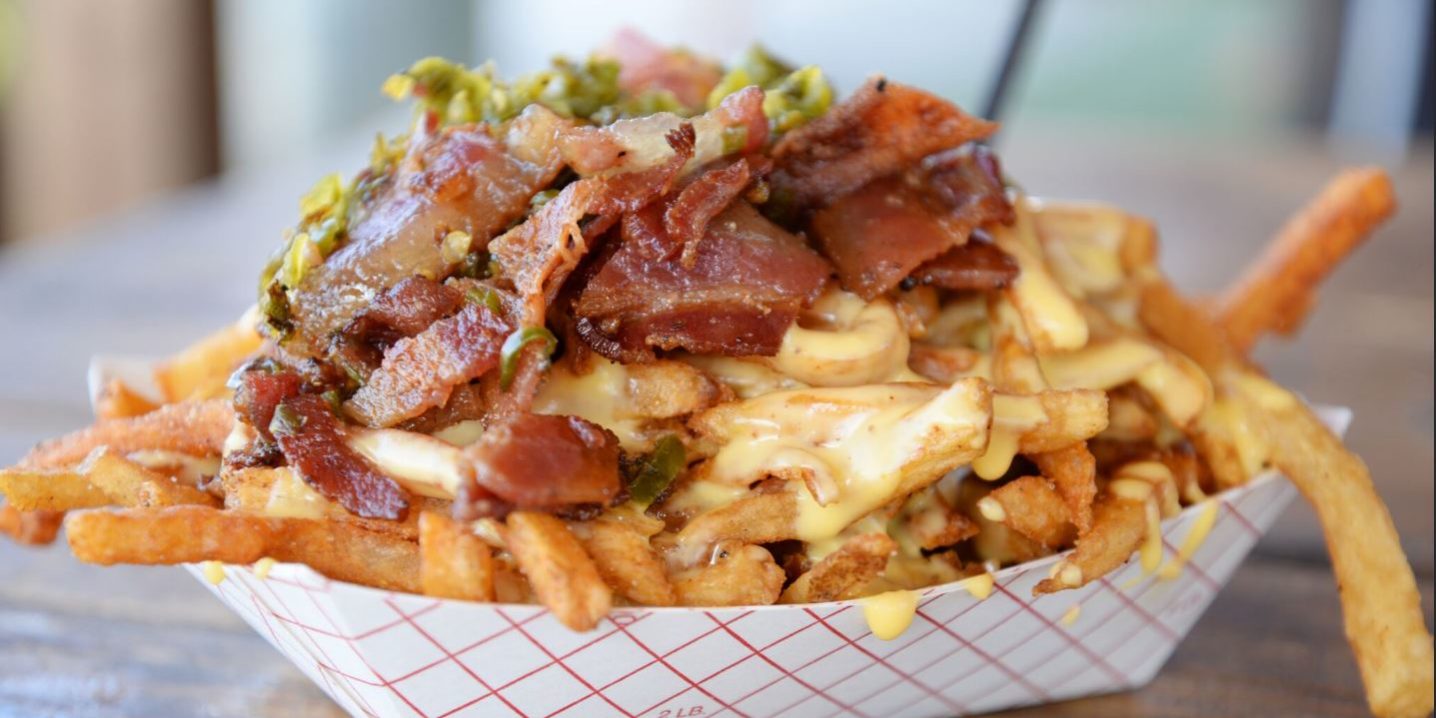 When the pandemic hit, Mob Grill went back to its food truck roots

Marco Morrow & Seth Barker realized something in short order at the beginning of the pandemic: People got sick of their own cooking quickly.

The MOB Grill food truck came to their rescue.

The crew started parking the truck all over the Oklahoma City metro area and letting people at home enjoy MOB Grill grub from the comfort of their own home.

“We found a whole new revenue stream for the food truck, which we needed because we lost so many others due to the pandemic,” Marco said. “Thanks to the kindness of the neighborhoods, we didn’t have to lay any employees off. It was a pleasant surprise, to say the least.”

In fact, MOB Grill had one of its best months ever during the shutdown.

Now, it’s back at Parlor with a new spot on the food hall’s main floor, and many new menu items, including a grilled chicken Caesar salad — a healthier choice on a menu full of items Marco describes as “guilty pleasures.”  The menu has several new signature sandwiches and loaded fries. Their new spot inside Parlor has a much larger kitchen, which allowed them to expand the menu while still keeping up with customer demand.

The team is excited that Parlor has reopened, mostly for their fans — affectionately known as “MOBsters.” The food truck will continue to serve neighborhoods, corporate and private events; for more information, email info@mobgrill.com.